← back to
NuNorthern Soul
Get fresh music recommendations delivered to your inbox every Friday.

by My Friend Dario 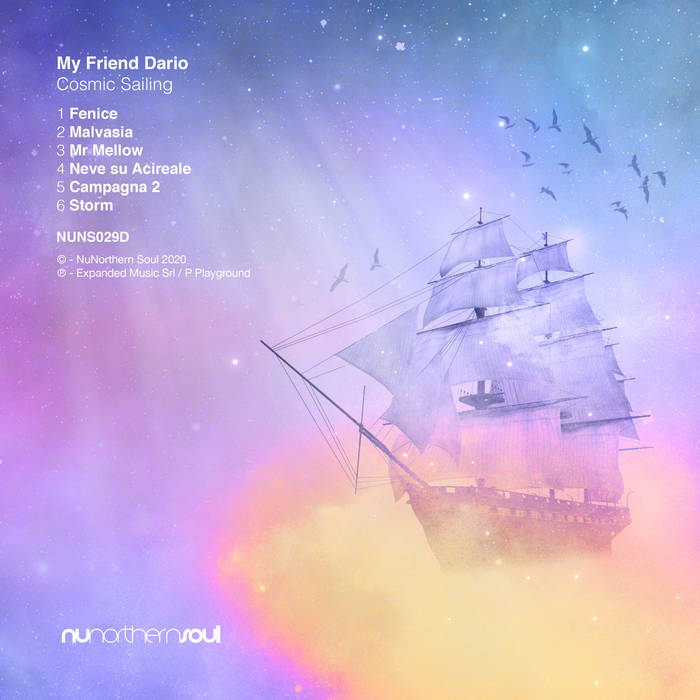 Based in the Sicilian coastal city of Catania, Dario Aiello has plenty of chances to longingly stare into the endless deep blue of the Ionian Sea. It should therefore come as no surprise that his debut EP for NuNorthern Soul, Cosmic Sailing, is a six-track musical daydream about a kaleidoscopic voyage into the unknown.

Although his recording career as My Friend Dario is still in its infancy, Aiello has already made an impact. He won plaudits from Balearic-minded Bandcamp diggers for a string of self-released singles, before offering up a handful of inspired remixes and tracks on a number of releases on the admirably saucer-eyed Hell Yeah! Recordings imprint. Even so, his NuNorthern Soul debut is a big development, portraying him as an accomplished producer and musician with a gift for crafting colourful and inventive musical fusions.

Beats that come from tropical landscapes, guitars like foam that rests on the sand, deep synths, rarefied sounds, chilling and thrilling! This is the sound vision of My Friend Dario the new freestyle project by Catania's very own DJ/producer Dario Aiello. ... more

Bandcamp Daily  your guide to the world of Bandcamp